A combat-decorated veteran of the 1991 Gulf War, Chas served in the U. S. Marine Corps – rising in rank from private to captain. Graduated with honors from the University of Southern California School of Cinematic Arts – where his coursework focused on documentary filmmaking – he went on to study transnational security issues and financial markets at the University of Oxford, and earned a master’s degree in security studies from Georgetown University’s School of Foreign Service.

In Washington, D. C., Chas has worked as a television reporter with NewsChannel 8 and ABC7; radio news anchor with WTOP, WNEW and the Westwood One News network; and host of Eye on Veterans programs broadcast nationally by CBS News Radio. Journalistic assignments have over the years taken him to more than 30 nations on five continents. He has reported from Iraq, Afghanistan and Qatar; and was selected for national security related fellowships by the Council on Foreign Relations, the Radio Television Digital News Foundation, and the Western Knight Center for Specialized Journalism.

Chas’ reporting has been recognized with a regional Edward R. Murrow Award from the Radio Television Digital News Association – and selected for numerous tributes by the Associated Press, Society of Professional Journalists, and The New York Festivals. In 2017 he was elected to the board directing the group Military Reporters and Editors; in 2015 he was inducted into the Marine Corps Marathon Hall of Fame — for his work over 20 years broadcasting from the event; and in 2002 he was presented “Best News Reporter” honors in Washington, D.C.’s Achievement in Radio Awards.

From 2008-2012, Chas directed corporate communications for non-profit think tanks – first the U. S. Naval Institute, then the Institute for Defense Analyses.

Chas and his wife live in suburban Washington, D.C. 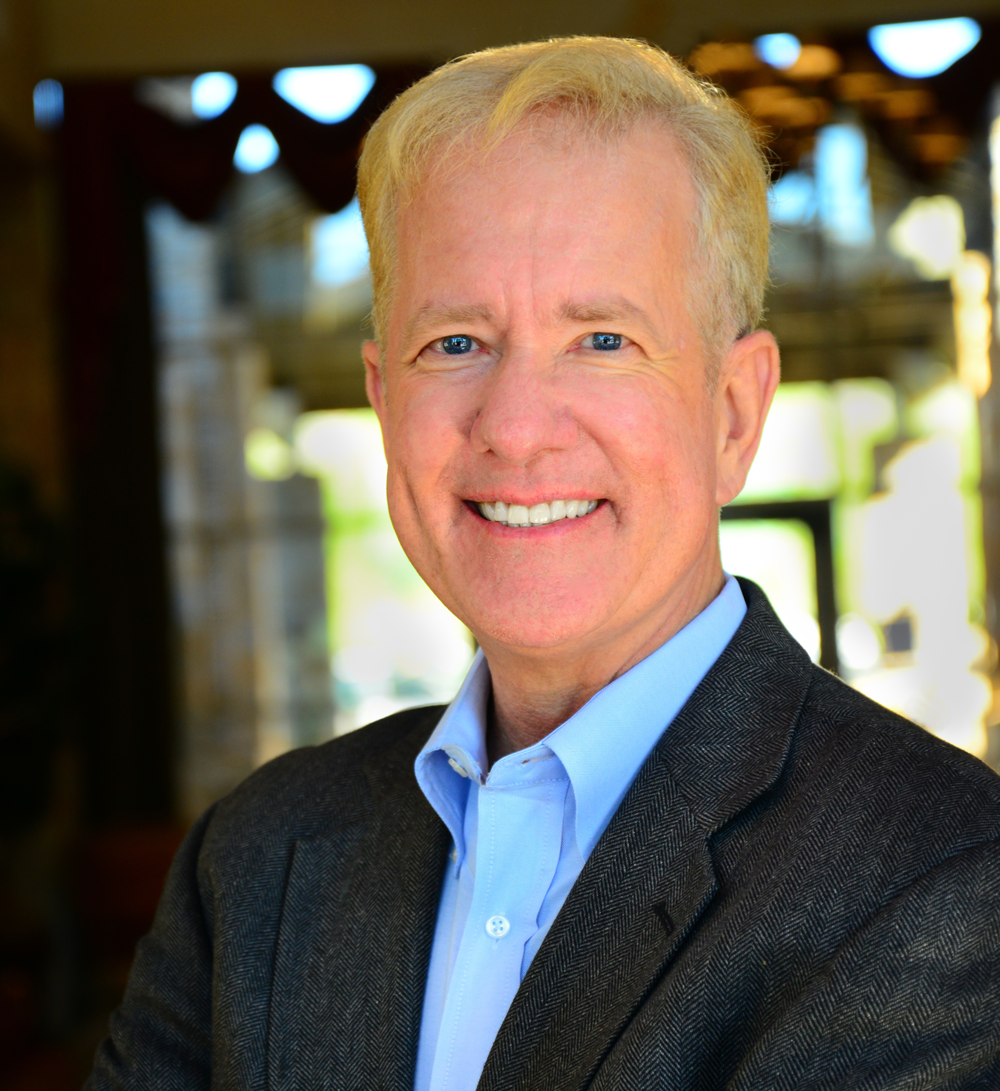 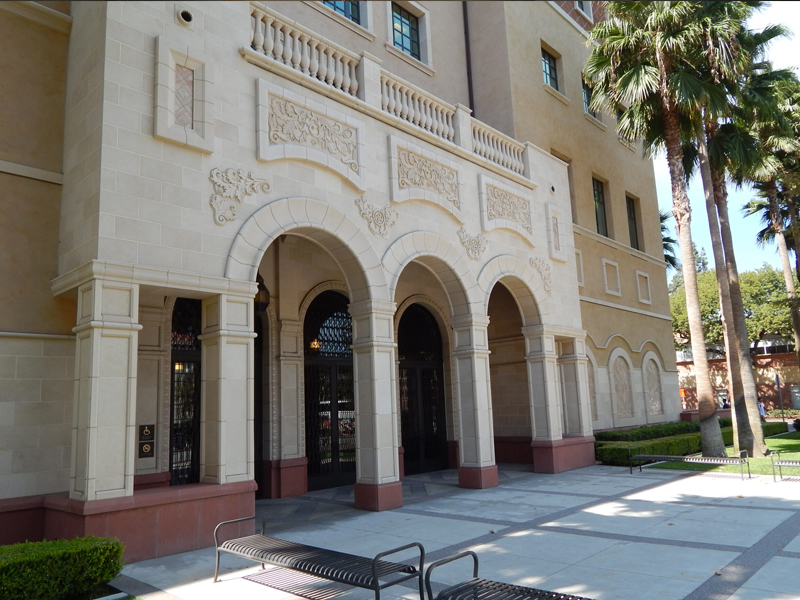 Having been born in Northern California, Chas' early schooling took place in San Jose, where he graduated from Leigh High School.

A semester of those graduate studies was undertaken at the University of Oxford. Staying in rooms at Balliol College, he studied next door at Trinity College, where his tutor was Michael Hindley, at the time a Member of the European Parliament. 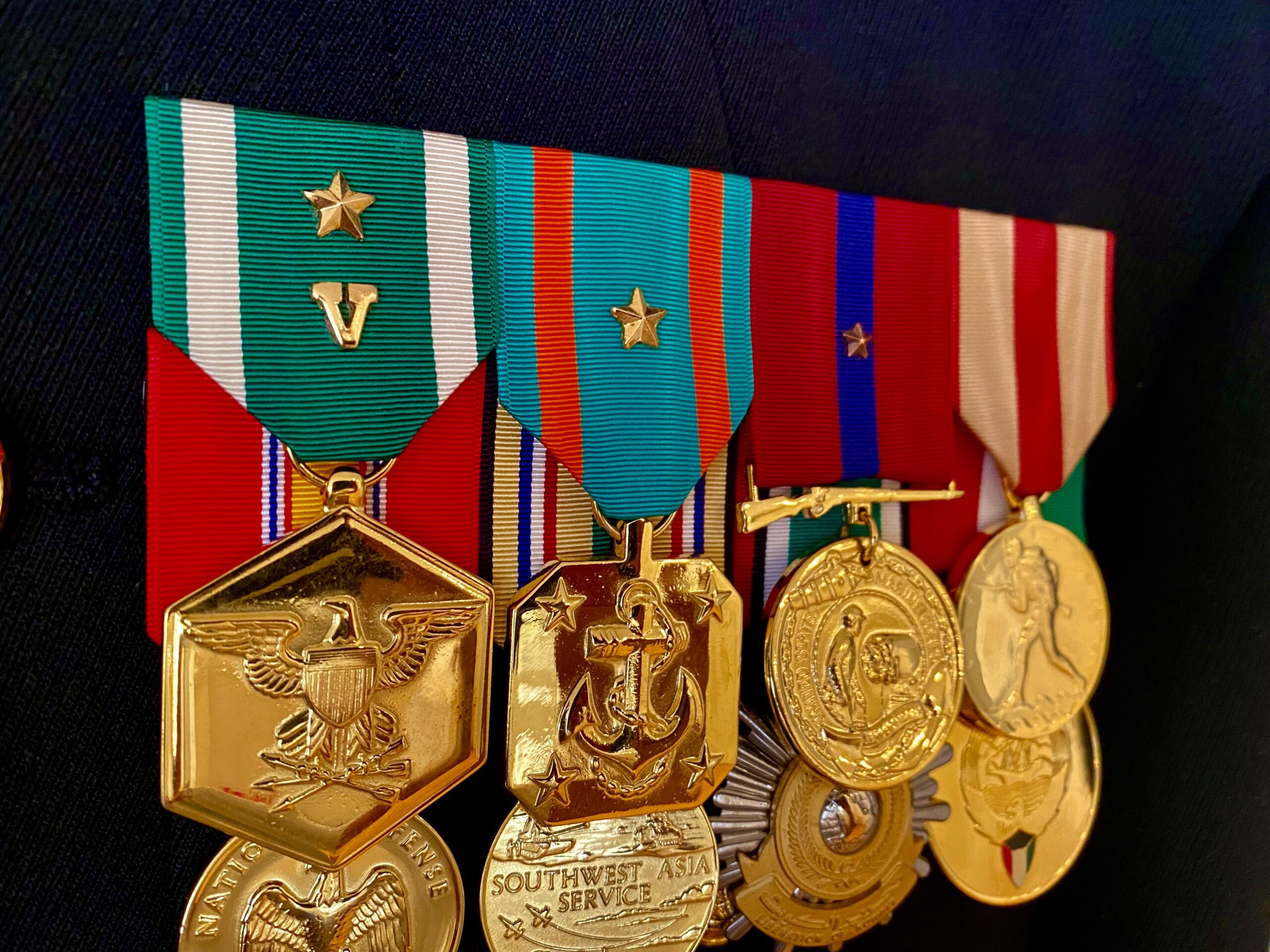 Chas enlisted in the U. S. Marine Corps while still 17 and began active duty at age 18, days after graduating high school. Upon completing training in basic combat skills, he wrote for the Marine Corps newspapers – traveling on assignment to Asia, East Africa, Australia and Central America.

He earned 11 ranks during 20 years of service: private; private first class; lance corporal; corporal; sergeant; staff sergeant; warrant officer; chief warrant officer 2, 3 and 4; and captain. The last promotion, to the rank at which he retired, was made after the 1991 Gulf War, in which Chas was awarded the Navy Commendation Medal with V device for "heroic achievement" in videotaping the First Marine Division's ground attack into Kuwait.

His assignments as an officer of Marines included a tour as deputy director of the Marine Corps’ motion picture industry liaison office in Hollywood, and as producer – in Washington – of the Navy Department’s weekly television news program. 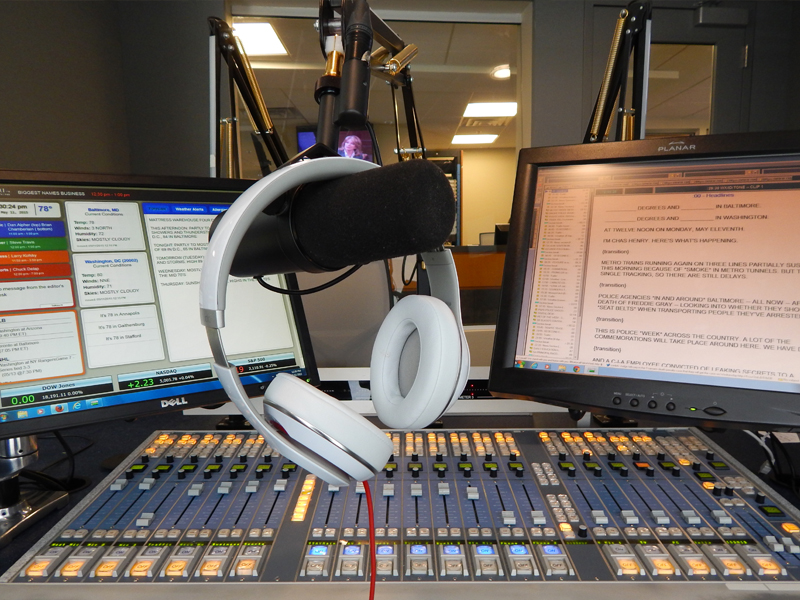 Chas first appeared on the radio September 23, 1971 – having purchased an hour’s time on a small FM station in Los Gatos, California with money earned by mowing lawns. Shortly thereafter, he was hired to work as a weekend disc jockey at the station. On December 29, 1972, he guested on the Robert Q. Lewis Show — broadcast from Universal Studios on Los Angeles radio station KFI — as “the youngest disc jockey in America.” He continued working as a radio personality and newscaster at a number of Bay Area radio stations while in high school – and, when military assignments permitted, during his early years in the Marine Corps. After leaving military service, he returned to full-time work in broadcasting. Over the years, Chas has worked on-air at these stations and networks: 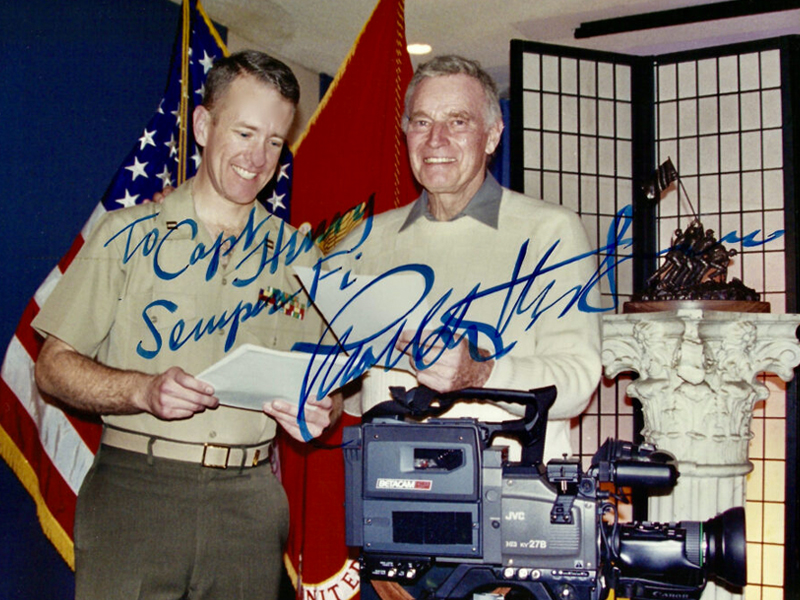 After serving more than seven years as an enlisted Marine, Chas was in 1984 appointed a warrant officer. Upon completing combat platoon leader training at the officers' basic school, he was assigned as deputy director of the Marine Corps public affairs office in Los Angeles. The mission of the office was to assist motion picture studios as they included portrayals of U. S. Marines in film and on television. Most prominent among the productions he and his colleagues of the time aided was the feature film Heartbreak Ridge -- which starred, and was directed by, Clint Eastwood. While stationed in Los Angeles, from 1984-1987, Chas also wrote and produced national television public service announcements for the Marine Corps Reserve’s Toys for Tots campaign — directing, among others, boxer Sugar Ray Leonard; and child actor Emmanuel Lewis, then star of the hit TV show Webster. As 1987 marked the 40th anniversary of the Marines’ holiday toy drive, Chas wrote and produced a video commemorating the program’s history. He directed comedy legend Bob Hope’s on-camera narration of the production. You can watch the short documentary by clicking the first YouTube icon below.

In 1987, with the encouragement and help of many producers, performers and others he had met in the course of his work as a Marine in Hollywood, Chas applied to study at the University of Southern California’s School of Cinematic Arts. After he successfully completed a first semester, the Marine Corps allowed him 18 months of full-time undergraduate study. His culminating production project was a music video featuring a team of Marines being quickly extracted from a reconnaissance site, hanging onto a rope dropped by a helicopter that pulls the Marines up and away without landing. The large-scale production included help from Chas’ USC classmates, cameras donated by Panavision, and ground-based photography by cinematographer Douglas Ryan, who Chas had met on the set of Heartbreak Ridge. Before his career in motion picture production, Ryan had served in combat as a Marine infantry officer, earning a Bronze Star in Vietnam. Marine Corps pilots flew the helicopter seen on-screen; a helicopter photographing the action in flight was flown by renowned production pilot James Gavin, with aerial cinematographer Frank Holgate capturing the action. You can watch the finished work by clicking the second YouTube icon below.

Soon after Chas was assigned to Washington, D. C. in 1989, a friend introduced him to the small group of Marine Corps Reserve officers who in 1976 had organized the first Marine Corps Marathon, then grown the event. One of those founders, Colonel Herb Harmon, asked him to join the group’s Ad Hoc Publicity Committee. That initiated what became continual-to-this-day involvement in the extraordinary annual sporting event. While still on active military duty, he served as finish line public address announcer and produced television public service announcements encouraging Washingtonians to line the race route, cheering runners along. After retiring from the Marine Corps, he began broadcasting from the course — first for WTOP Radio, then later co-anchoring annual marathon morning TV broadcasts for NBC Sports Washington. For his decades-long contributions to the event, Chas was in 2015 inducted into the Marine Corps Marathon Hall of Fame. 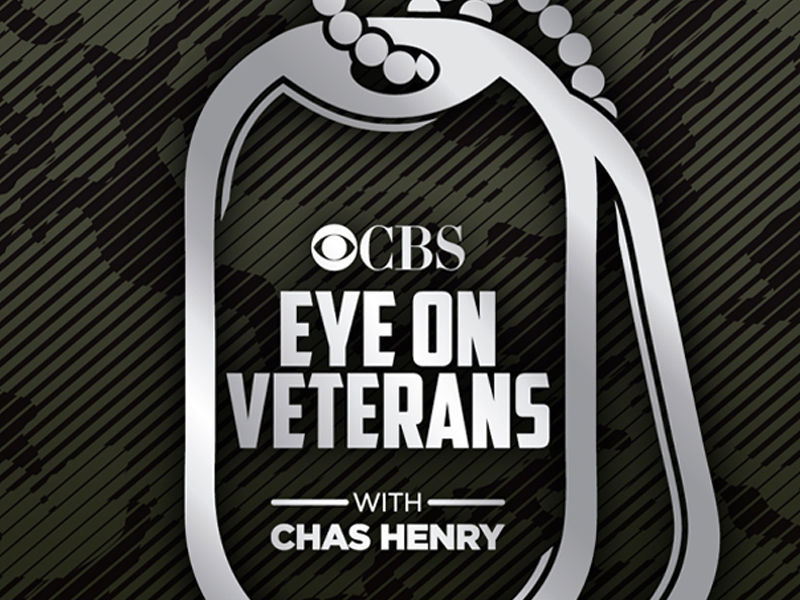 Throughout his post-military career in journalism, Chas' national security reporting has frequently focused on issues impacting fellow military veterans -- among them: difficulties faced in transitioning back to civilian life, challenges encountered while trying to make the most of educational benefits, and the dilemmas of dealing with health issues uniquely related to military service. During 2017 and 2018, his work narrowed to such topics exclusively. As managing editor of the digital and broadcast enterprise ConnectingVets, he reported daily on veterans' issues for CBS News-affiliated radio stations across the U. S. and created, produced and hosted two-hour Eye on Veterans programs broadcast each weekend by scores of CBS News-affiliated radio stations. His Eye on Veterans reporting was broadcast to military listeners around the globe, as well -- via the satellite-delivered American Forces Network. 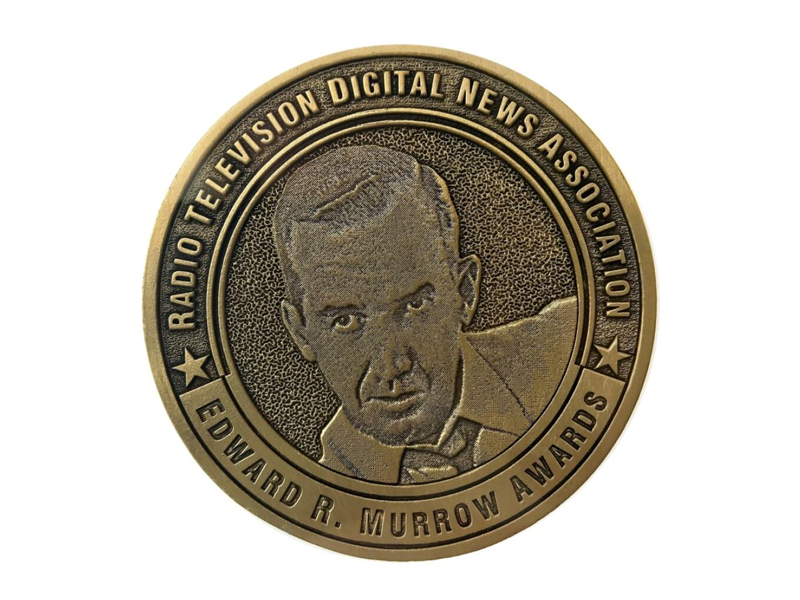 Chas has received numerous awards and accolades throughout his career. Here is a sampling:

1995
- Telly Award for writing, producing, and directing a video history of the U. S. Marine Corps. Project was personally commissioned by the Commandant of the Marine Corps, and narrated by actor Charlton Heston.
- National Association of Government Communicators Gold Screen Award for Marine Corps historical documentary

During the mid-1990s, Chas was diagnosed as having Polycystic Kidney Disease, one of the world’s most common, but not well known, life-threatening genetic syndromes. Some 12.5 million people worldwide suffer from the condition, which causes cysts to grow in kidneys — destroying healthy tissue and frequently causing the organs to fail. In Chas' case, cysts developed in his liver, as well.

In early 2007, with his kidneys near the point of failure, he underwent transplant surgery at the Mayo Clinic in Jacksonville, Florida. Thanks to the gracious generosity of a deceased donor, surgeons at the clinic were able to replace Chas’ cyst-filled kidneys and liver with healthy organs. Very fit now, he volunteers in efforts to show the life-changing value of organ and tissue donation. 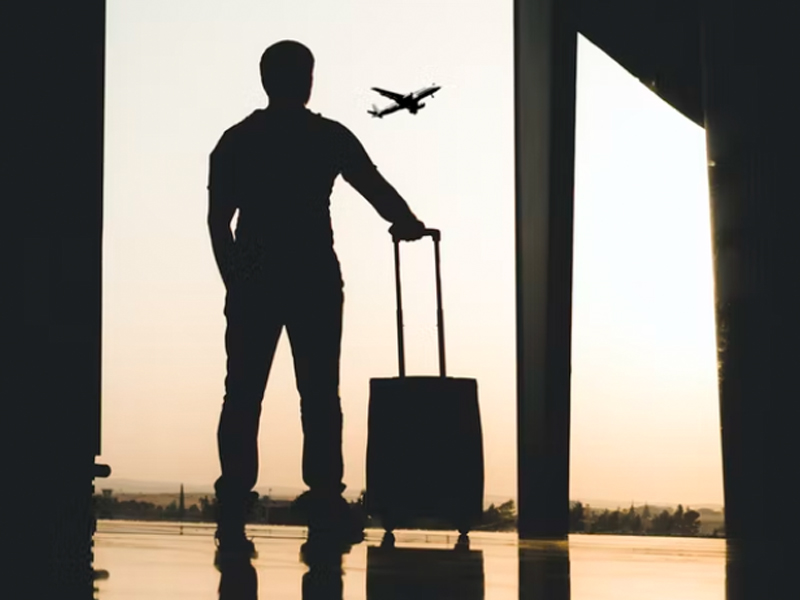 Work assignments, and the occasional vacation over the years, have taken Chas to these nations and territories: